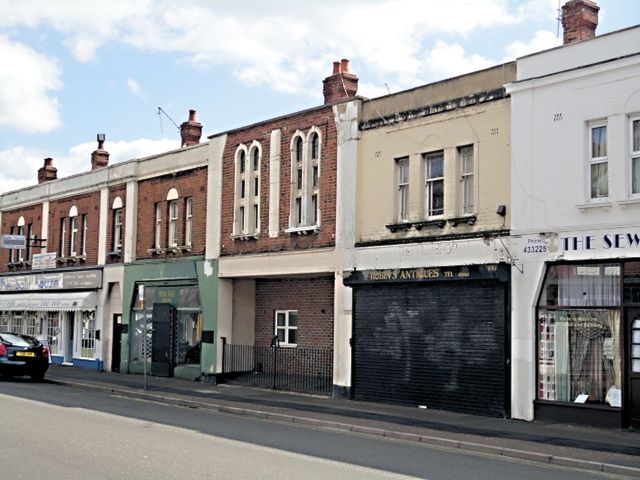 The Astoria Cinema opened in October 1932 and was operated by Frank Okin Cinemas Ltd. It was equipped with a Compton 3Manual/5Rank theatre organ, which was opened by V. Johnson Lewis. By 1934 it was operated by Lou Morris. It closed as a cinema in 1964 and was converted into a Mecca Bingo Club. Last operated by an independent as the Astoria Bingo Club.

Hidden away in Pokesdown, eart of Boscombe, a suburb of Bournemouth, this large but rather plain cinema specialised in second run and horror movies. It had a long entrance/foyer leading to the auditorium. I saw all the famous Hammer horror movies including “Dracula” and “The Curse of Frankenstein” at this cinema as one of only six patrons one evening when I was 15. Pretty scary back in 1963. Sadly, I saw this theatre being demolished in 1997/1998. Only the facade remains, with housing built on the site of the auditorium.

The opening of the Astoria Super Cinema was 24th October 1932 with Wallace Beery in “Hell Divers” and Laurel & Hardy in “One Good Turn”.

In its last years of operation it was operated by the Harry Mears group of cinemas. The Astoria Cinema closed on 23rd May 1964 with Robert Taylor in “Valley of the Kings” and Richard Attenborough in “Privates Progress”.