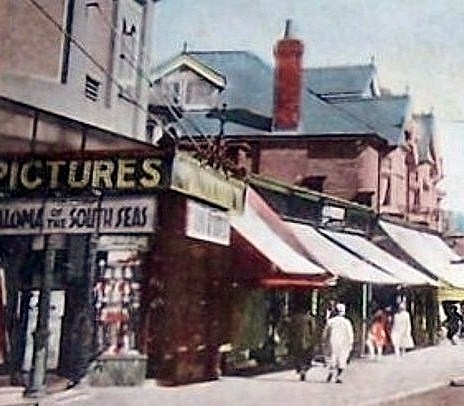 The 550 seat Palladium Cinema was opened on 6th October 1919 and was independently owned. The opening programme featured “The Ordeal Of Rosetta” and “Officer Jerry”. It had a 20ft wide proscenium.

The cinema was located in the Southbourne district to the east of Bournemouth. It became part of the Portsmouth Town Cinemas chain during the 1930’s and subsequently part of the Harry Mears chain of cinemas. It was equipped with a Western Electric(WE) sound system. Mr Mears was an Alderman and three times Mayor of Bournemouth. He owned several cinemas in Dorset and Hampshire especially in Bournemouth including the Continental Cinema at Winton.

On 1st July 1948 the Palladium Cinema reopened as the Embassy Cinema after refurbishment. Six years later the Embassy Cinema closed for further renovations and another change of name came about when it was renamed as the Classic Cinema. The venue adopted a new policy of showing a mixture of "the world’s films" both classic and contemporary. The opening programme as the Classic Cinema on Easter Monday 1954 was “The Private Life Of Henry V111” (1933) starring Charles Laughton.

The Classic Cinema was finally closed down on 30th September 1960 with John Mills in “Town On Trial” & Dan Duryea in “The Burglar”, and became a supermarket. It was later demolished and a Co-operative Food supermarket now stands on the site.