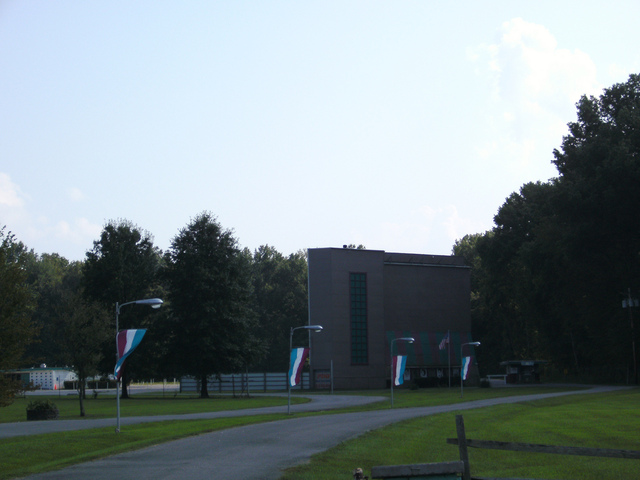 The Starlite Drive-In was opened prior to 1955, when it was operated by Jerome Jackson. Today it is owned by the same people that own the Midway Theater in Bethel, OH.

Really neat drive-in … They have up-dated the sound to your car radio .. no more window speakers …. and

The management is SMART! – in off season, they have Swap Meets and Car Shows to keep revenue comming in !!!!

The Starlite is now fully digital.

From its Facebook page: The Starlite Drive-In opened in 1947. At that time a World War II Veteran Jerry Jackson from Williamburg, Ohio was the builder and owner until about 1968.

From me: The Starlite was listed under Mount Holly in the 1948-49 Theatre Catalog, plus following editions, all with Jerome Jackson. The 1953-63 MPAs call him Jerry Jackson, also in Mount Holly.

After a while, the MPAs moved the Starlite. I can’t find it in the 1969-82 editions, which had too many Starlite/Starlights to quickly pick through. In 1984-88 it was in Batavia, address 2255 Ohio Pike, owned by Holiday Amuse.

The listing for the location of the Starlite in Mount Holly, Ohio was a mistake.