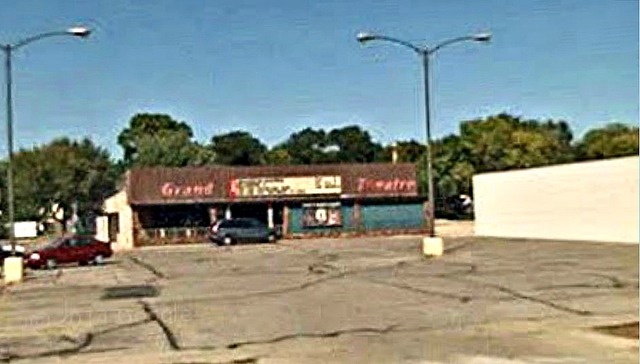 This photo is of the Grand Theatre, Estherville in 1913 – http://flic.kr/p/9GUFRK

The Grand Theatre in the 1916 article Tinseltoes linked to lasted barely four months. It opened on September 20, 1916, and was destroyed by a fire on January 8, 1917, according to a history of Emmet and Dickinson Counties published in 1917. The house was later rebuilt.

If the date of 1913 on the photo CharmaineZoe linked to is correct, there must have been four successive houses called the Grand Theatre in Estherville.