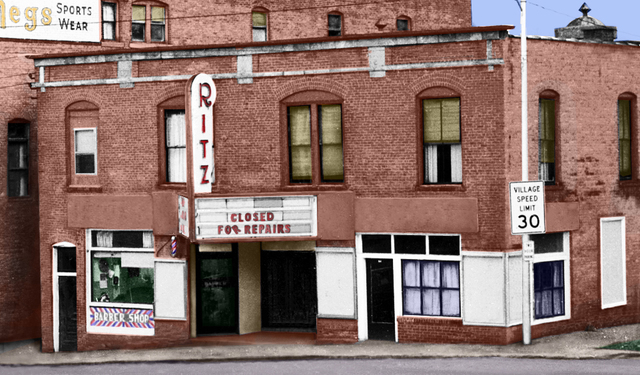 The Ritz Theater was operating prior to 1941, when it was part of the Schine Circuit. It was still open in 1950. The building was destroyed by fire around 1982.

This theatre and all the buildings are gone now. The Ritz burned down sometime after 1982. The address was approximately 80 Main Street.

The Ritz building was intact until 1993 when it was damaged by fire, though the theater had been closed off and on for some time. Andy’s Barbershop continued to be open until the fire and the entire block of buildings, from the theater to the river was demolished shortly thereafter.