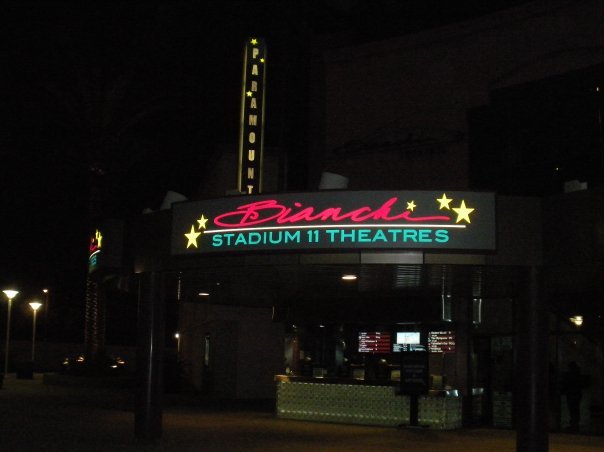 Bianchi Theatres opened in June of 1998.

Glenn Bianchi, owner of this multiplex, is the son of Joseph Bianchi who opened the Paramount Drive-In in 1947. Here is a recent Press-Telegram article about the Bianchis and their theatres.

i go here alot. i think they recognize me..

i wear a Jesus hat that’s blue.. cause Jesus is my Savior.

I had lots of hair and hairy face..

Glenn Bianchi says the Bianchi Stadium 11 Theatres opened in June, 1998. Lost Memory, according to his overview, claims they opened in 1996. I tend to believe that Glenn would know! Who is correct?

Also, who was the architect and in what style were the theatres designed?