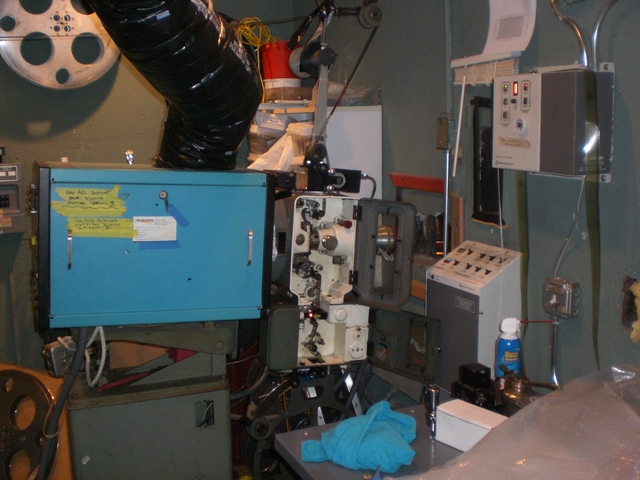 Located in the Waverly section of Belmont, just to the east of Waltham. Built as the Strand Theatre in 1919, it was opened on September 3, 1921 and was home to both early silent film and stage productions. By 1941 it was operated by Warner Bros. Circuit Management Corp. and had 700 seats.

Studio Cinema has managed to maintain the warmth and history of this beautiful venue, while infusing it with new life and proudly showing today’s audiences the best in current motion pictures.

The theaters ticket prices are famously low and include a 2 for 1 Tuesdays deal. One of Greater Boston’s best kept secrets… The Studio Cinema is a charming classic cinema with a thoroughly modern flair. It was closed in January 2015, but reopened July 2015. On September 9, 2020 it was sold to a church.

According to the site, the link to which was posted above by Lost, the name was changed from Strand to Studio in 1965.

great little theater, I did some “learners permit” time in the booth many years ago. glad to see it’s still going strong. I will post recent photos

This theatre has been closed for two months now due to building and fire code violations. If and when they will reopen is uncertain.

Change status to open. Theater reopened after code violations had been corrected. Currently showing Inside Out.

The Strand Theatre at Waverley was built in 1919-1920, opened on 9/3/1921 showing “The Fighter” from Selznick Pictures starring Conway Tearle and “The March Hare” from Realart Pictures (Zukor’s Paramount) starring Bebe Daniels. Both of these films are considered lost. The theater will celebrate its 95th year in business this September.

Are they planning any special event for that 95th anniversary?

Theater was sold to Beacon Community Church on Sept 9th, they has been renting the theater for Sunday services. No other info available. Price tag was a million dollars.

And status should therefore be changed to ‘Closed’.