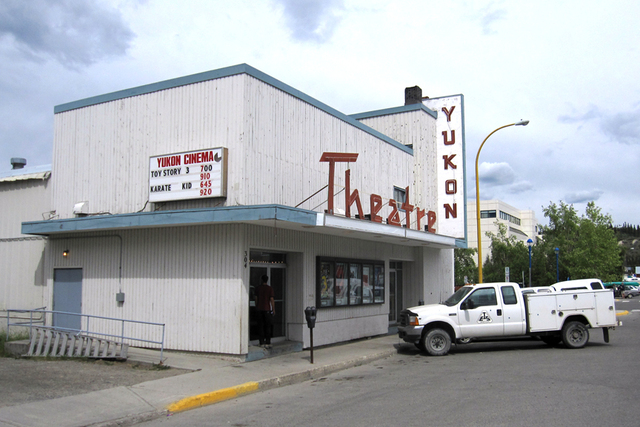 This photograph of the Yukon Cinema Center was taken in June, 2010.

This opened in 1954 or 1955 (Newspaper records missing) and sold to Landmark Cinemas on September 3rd, 1980. It reopened as a twin cinema on October 16th, 1987 with two cinemas of 212 seats each. It became part of Belgium’s Kinepolis, which operate cinemas in France, Spain, Germany, and Benelux in 2018 keeping the Landmark brand-name. 1987 ad posted.