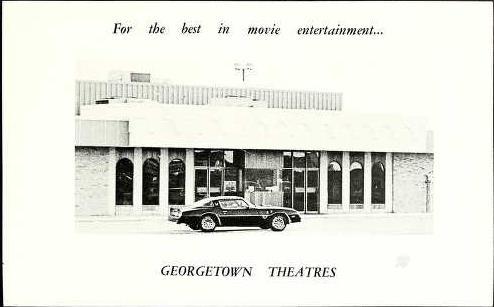 The Georgetown Dollar Movies was closed in 2010.

This opened as a General Cinema theatre,i believe,in the 1980’s.

This theater was never a General Cinema. It opened as the Georgetown Theaters 1 & 2 and was owned and operated by Mallers-Spirou Management. The auditoriums seated 400 and 600 respectively. It was decorated in a deep red and gold initially. After the theater was leased to an Ohio businessman, it was renamed “Dollar Movies” and the larger theater was subdivided. The theater went downhill from that point. It was never clean and he never spent any $$ on it. In fact, the new divider drywall was never even painted! Currently, it is still standing in the parking lot of Georgetown Square but is closed.

Regal Cinemas operated this theater for a short period of time and then abruptly 3 movie houses in a matter of months them when they had financial issues. Teicher Theaters came in and re-opened them after about of a year of darkness.

The building has been remodelled and now houses a Dollar General Store.