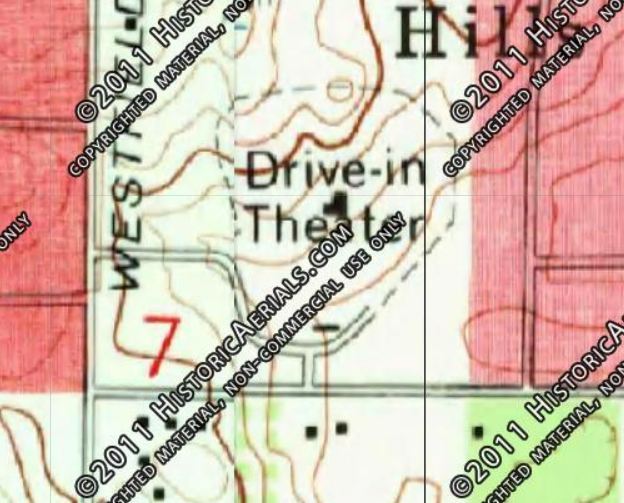 This drive-in theater was once located at 9903 Westfield Boulevard (old US 431) in Indianapolis, Indiana just south of the city of Carmel. It opened on June 30, 1962 as the Northside Drive-In. It was renamed Mark Twain Drive-In April 5, 1963. It ceased business in 1981 and in 1988 was demolished for a development of small single family homes.

This opened as Northside drive-in on June 13th, 1962 to protest from the neighbours, who shined lights at the drive-in as well as played their stereos full to disrupt the opening.

Reopened on April 5th, 1963 as Mark Twain Drive-In. Grand opening ads for both dates in the photo section.

Opened as Mark Twain Drive-in with “Pinocchio”, and “The search of the cast-a-ways”, and “The wild one”.