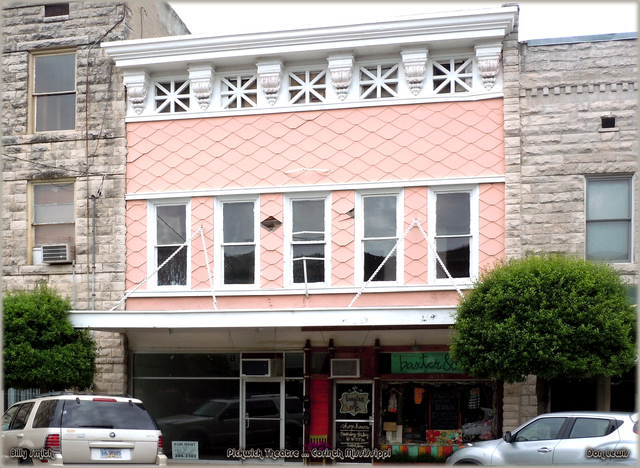 One of two movie houses located in Corinth (the other being the larger Coliseum), this theater opened in 1913 as the Gem, which operated until 1924, when the Coliseum opened (both were built by B.F. Liddon). It became used for retail after this time. In 1935, the building was remodeled and reopened as the Pickwick Theatre, named for the nearby Pickwick Lake and Dam (near where Mississippi, Tennessee and Alabama meet).

The theater continued to operate until 1961 when it closed and again became retail space, as it continues to be used today.