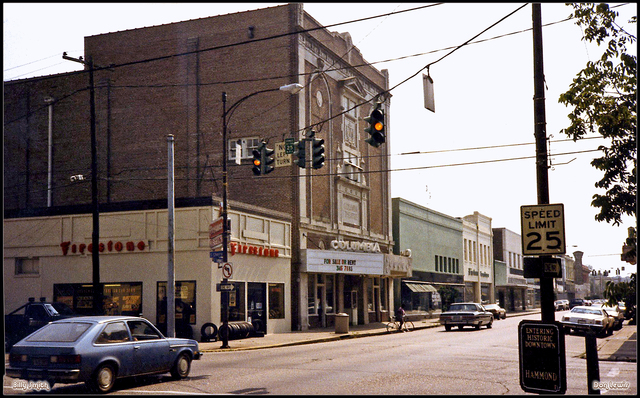 The theater was acquired by Southeastern Louisiana University after sitting vacant for over 15 years and had become at risk of demolition. The Columbia reopened in 2002 after a renovation and restoration project costing close to $5 million.

A 1986 photo of the Columbia Theater, empty and for sale or rent.