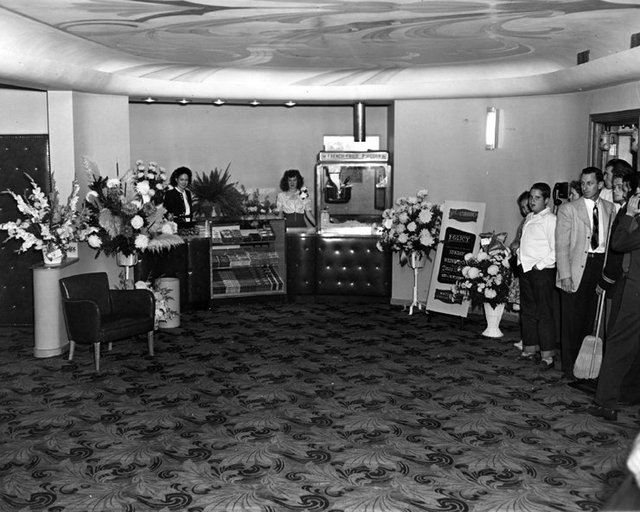 The Chino Theater opened on October 22, 1947. A Los Angeles Times story of July 1958 stated that the theater was already dark. In recent years it has been in retail use as T-Shirt Mart.

I went down to the Chino Theater site and took some pictures of it today, September 15th 2007. I put them up on my own site for the enjoyment of others. Here it is:

I spent alot of my teenage youth in the mid seventies bowling at the Chino Bowl,all ten lanes of it!,I remeber the snack bar and the counter with seating,the restrooms were upstairs,unsure if there was ever a balcony,would love to see pictures of the inside when it was a theater,I remeber the bowling alley as if it were yesterday…Does anybody remember the Woods Theater in Chino?,it used to be located in the old downtown section on 7th street,I remeber walikg by the old theater,never went inside it because it was closed,I remember when it was an army surplus store in the mid seneties,until it was razed sometime in the early 90’s….am curious to see what that theater looked like during its heyday..

Here is a picture of the foyer on opening night, from the UCLA collection:
http://tinyurl.com/a59xz6

Here is a photo from a 7/20/58 LA Times story about the Chino Theater. A group of Girl Scouts renovated the theater and re-opened it in an effort to raise money for a trip to Hawaii.
http://tinyurl.com/boxgcp

Bill (and Ken), Chino is one of those places that used to have a local numbering system but no longer does. The address from the 1948 directory is no longer in use. The current occupant of the former Chino Theatre is called T-Shirt Mart, and its address is 12931 Central Avenue. 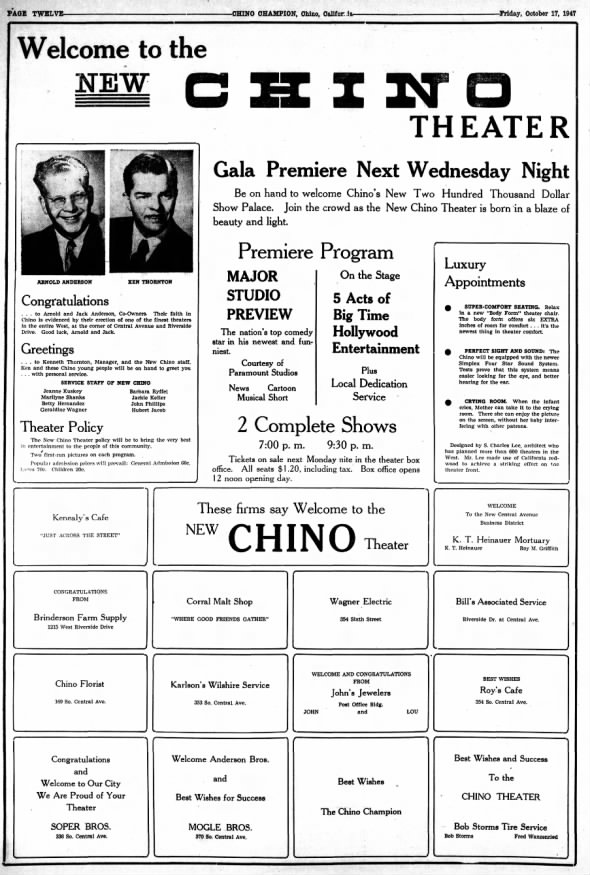