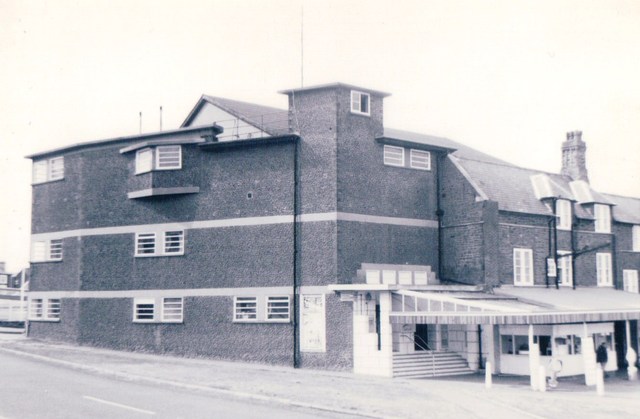 Opened as the Capitol Cinema on 22nd June 1932 with "The Desert Song". The cinema was built with the locally quarried Norfolk carstone and has the largest gable wall of carstone in existence. It was designed to be both a cinema and theatre and was equipped with a 30feet wide proscenium arch, a 17feet deep stage and 5 dressing rooms.

Initially an independent cinema built and operated by Benjamin George Culy Sr., it was taken over by the Mayfair Circuit by 1944 and then by Eastern Counties Cinemas. It closed in the late-1960’s and stood un-used until it was sold in 1974 and re-opened as The Kingsley Centre with a mixed programme of films and live shows. This didn’t last long and it went over to use as a bingo hall.

The bingo operation eventually closed and it lay empty and derelict for several years until the local Council purchased it in 1981.

It was refurbished and re-named the Princess Theatre (after the Princess of Wales-Lady Diana Spencer; who later actually visited the theatre with her two sons in December 1988 to see the pantomime "Cinderella"). The Princess Theatre re-opened on 5th July 1981 with a live show and operated a mix of live performances and cinema use. In August 2013, regular film shows had been dropped from the programming, but continued with special one day screenings.

closed for now but hope not for long

Running well in 2015 with the first pantomime in many years on the stage, and regular films and live streamings on the screen (usually just for one night).