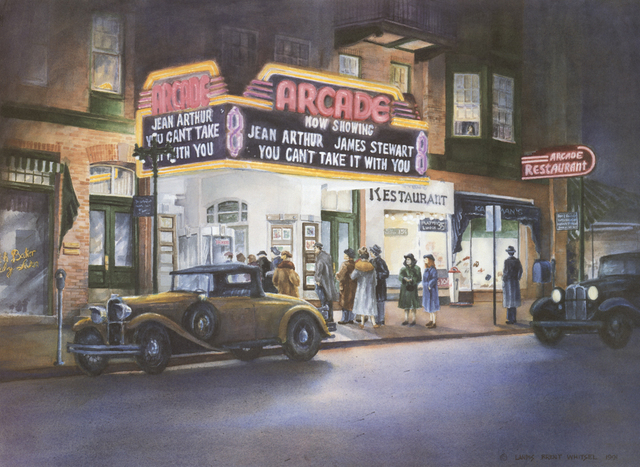 Here is an item from the January 30, 1915, issue of The American Contractor:

It took almost two years for the project to be completed, though. This announcement appeared in the October 14, 1916, issue of The Moving Picture World:

“Waynesboro, Pa.— Manager A. R. Zook announces that his new opera house, Waynesboro. Pa., will soon be thrown open to the public. This theater is one of the most beautiful in the entire state of Pennsylvania and should meet with the greatest success.”

Page 151 of Waynesboro as We Knew it, by Todd Andre Dorsett (Google Books preview) has a large version of the photo Lost Memory linked to earlier.

J. W. Woltz was Waynesboro’s leading architect of the period, practicing in the city from 1893 until his death in 1918. He must have been a very conservative fellow. I don’t think I’ve ever seen so Victorian a building as the Arcade Theatre that was built as late as 1916. It would have fit right in to San Francisco of the 1870s.