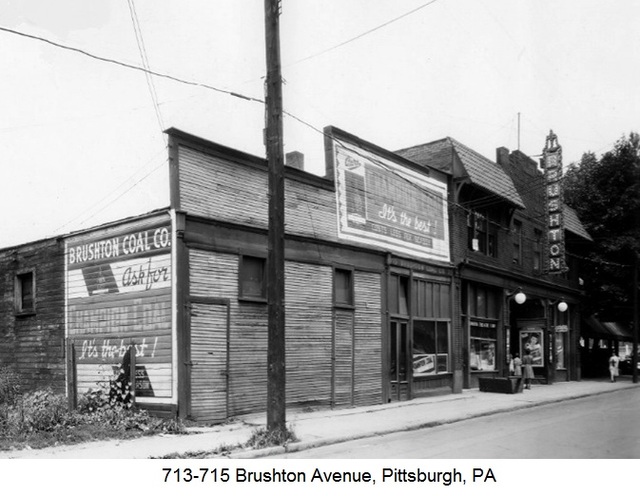 This was the second theater called the Brushton in the Pittsburgh community of Brushton. (There’s a new separate listing for the original.) This one may have had 631 seats as mentioned above, but I also found an indication it had just 400 seats. The theater existed from 1923-50. The earlier Brushton closed in 1921.