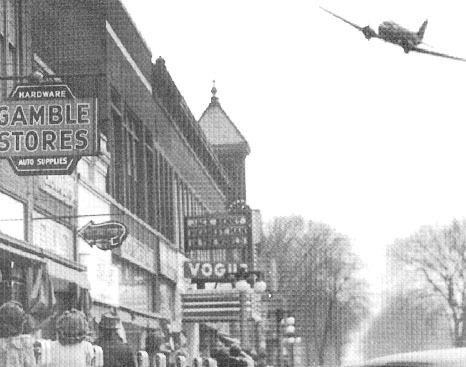 Originally opened in 1916 as the Star Theatre, it had a seating capacity of 400 and staged live performances and movies. The Star Theatre was closed in 1930.

In 1934 the building was re-modeled and re-opened on 4th January 1935 as the Vogue Theatre. It closed in 1962 and was demolished to build a Woolworth’s department store, which closed in 1994 and is now in use as the Lincoln Public Library.

This is a 1943 photo. It looks like the marquee was reworked in the ten years before the photo immediately above.
http://tinyurl.com/4n3ooh