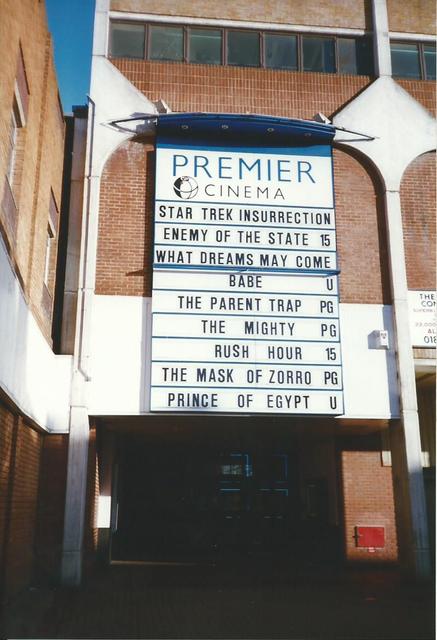 Located in the southeast London district of Peckham. The Premier Cinema opened on 30th September 1994 in a building which had previously been a Sainsbury’s supermarket! It was operated by the independent Network Cinemas who also operated the Richmond Film House and the Greenwich Cinema. The company went into liquidation in 2003.

Independent operator Chris Green, owner of the Regal Cinema, Cromer, Norfolk who operates under the company name Movieshack Cinemas, bought the cinema and re-opened it in May 2003 as the Peckham Multiplex. Attendences have increased by a third, due to a reduced price admission policy for everyone. It was renamed PeckhamPlex in December 2015.