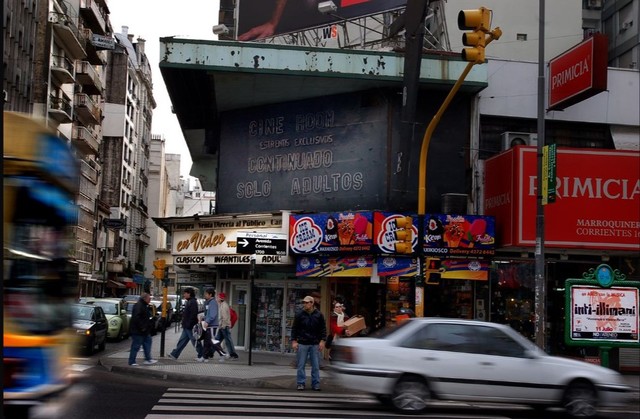 The Cine Room Solo Adultos is located in the centre of Buenos Aires at the intersection of Calle Rodrigez Pena and the main Avenida Corrientes. Its programming is continuous screenings of ‘straight’ Adult movies.

The store below this “cinema” was a paradise for film lovers. They sell VHS from all over the world. In fact this neighborhood is where film distributors have their headqurters and that’s why there´s still so much stores related to the industry in this area.

Also, it’s not faraway from the core of BA cinema: the streets Lavalle and Corrientes were our Broadway in the 30’s, 40’s and even in the 70’s.