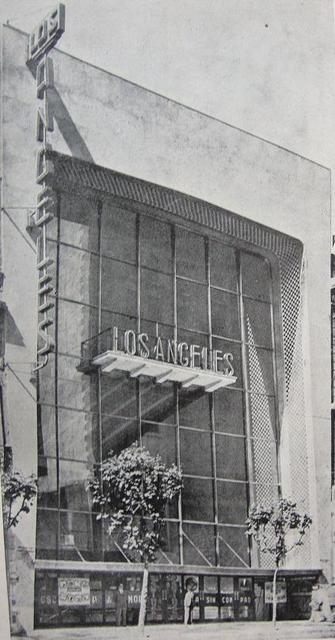 Built on a very narrow lot, its inside curves gave the illusion of a much wider hall. Opened on 5th July 1945, from 1965 it was the official Walt Disney cinema in Buenos Aires.

In the 1990’s a great section of its lobby was transformed in a Burger King fast food restaurant. By the year 2000 the city named this cinema ‘a place of cultural interest’.

Reopened in 2009 as a multispace (cinema + theatre + cultural venue) it was closed in 2010 after a law suit against the owners. Today the auditorium remains firmly closed while awaiting a good new use. Burger King still operates in the former foyer.