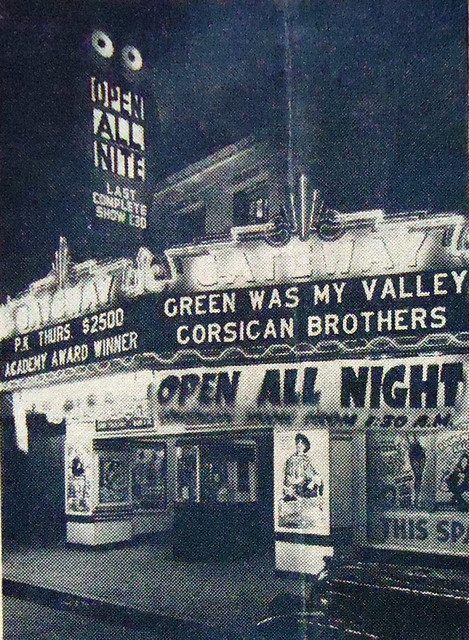 This theatre was located at 3731 San Fernando.

A Glendale Press article of July 20th, 1923, commented on the Egyptian style decor of the Gateway Theater. It had opened on July 2nd of that year.

A Southwest Builder and Contractor article in the issue of November 17th, 1922 had announced that the one story and part two story brick building would be built by the Winter Construction Company, and that the owner of the building was F.A. Miller. The building was 80x160 feet, and would cost an estimated $55,000.

The seating capacity of the Gateway Theatre is given as 912 in Film Daily Yearbooks.