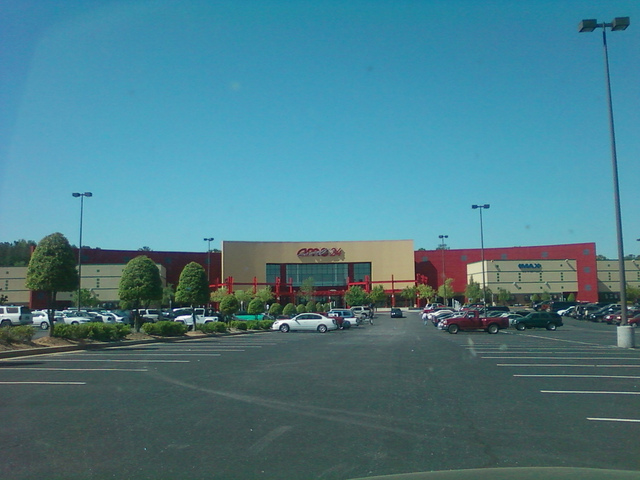 Opened in 1997 and probably has the same seating capacity of any of the other 24 screen megaplexs AMC debuted during the close of the twentieth century.

This theatre is to receive a digital IMAX screen in the next few months. See AMC press release:

The IMAX is here but it is not true IMAX. One night I saw a movie in the adjacent auditorium and sneaked in to look at the screen. It looked no different from the previous screen. Already in the auditorium was a huge screen by today’s standards and the IMAX looked not different.

What many people are not aware of is that these theaters putting in fake IMAX screens to charge people $4.00-$7.00 surcharge to an already inflated admission price.

I am not picking on Southlake 24 but this can be said for many existing theaters such as Barret Commons 24.

I do not know if this is true about the Mall of Georgia IMAX since that was built for IMAX. I did see one IMAX movie at Fernbank and what made it special was seeing a huge screen and you being right on the screen. This is not the case at Southlake.

Again, I am not picking on Southlake but anyone thinking they are seeing something special on the IMAX screen can just go to the other three giant screens and save the IMAX price.

The AMC Oakville Mews 24 near Toronto looks the same as this cinema.

Autumn of 2016 Southlake 24 completed a renovation installing recliners in all theaters, Coke freestyle machines and a bar. AMC Dolby Theater in house #12. 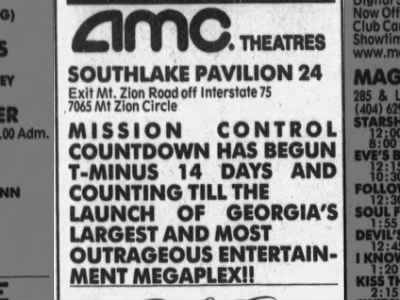 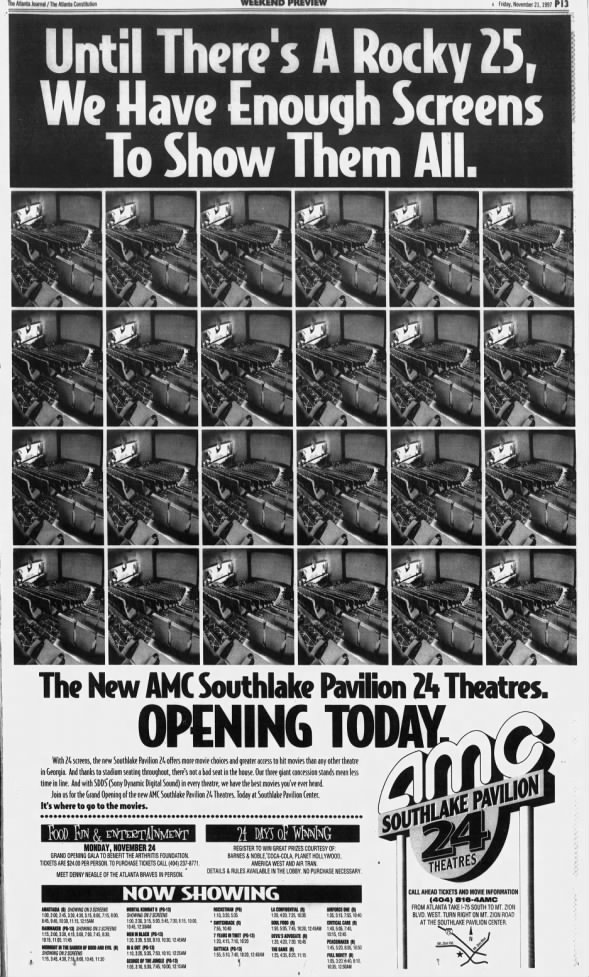 I know some people like the recliners in the auditoriums but it seems to me, the theater severely cut down on how many people can see a movie. I heard the IMAX auditorium still has theater seats. The other auditoriums' seating capacity has been reduced to a third of their original seating capacity.