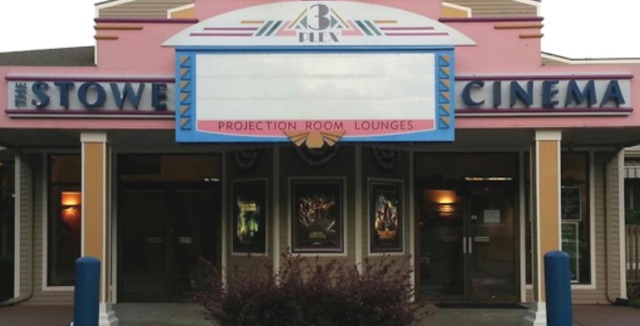 The Stowe Cinema 3-Plex opened in the mid-1980s, replacing an earlier incarnation that existed on the property. The 350-seat movie house has a liquor license as well as bar seats in the back of each auditorium.

The only movie house in Stowe is currently for sale for $1.5 million, according to a listing by The Hergenrother Ostiguy Group.