Opened on May 17, 1996 by Cinemark, they have struggled to get first run films to due to duopoly between Famous Players and Cineplex Odeon. Cinemark have turned it into a second run theatre after a couple of months later. A few years later, the theatre was bought by Cinema City. Cinema City was bought by Cineplex Entertainment in the summer of 2007.

Cinemark runs the sucessful Tinsletown 12 in downtown Vancouver. They were also going to build a multiplex in Toronto in the late 90s but shelved those plans so Cineplex Odeon purchased the site and built one of their highest grossing locations, The Queensway 18. Strange how AMC has 7 locations in 3 different cities in Canada, with an 8th opening up next year but Cinemark pulled back. The chain that I WISH would come to Canada is Landmark Theatres, not to be confused with the western Canadian chain. They seem to do well with restored older theatres and run them showing a mixture of art films and independent films

This opened on May 17th, 1996 by Cinemark Theatres. This theatre has the same design as Movies 12 in Laredo, TX. Still wearing the old Cinemark logo in neon. 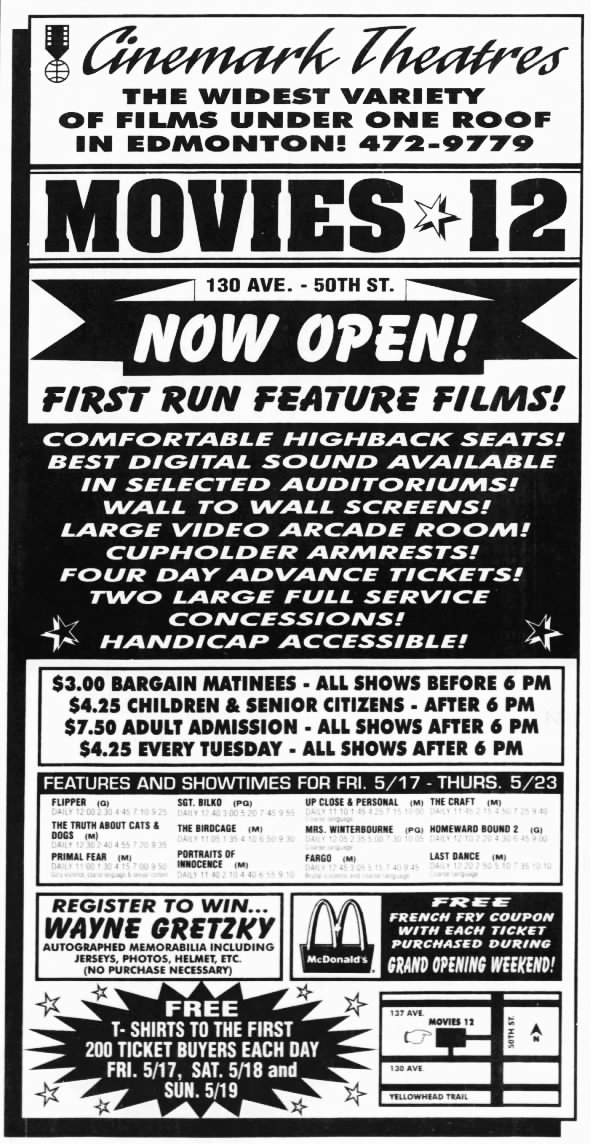