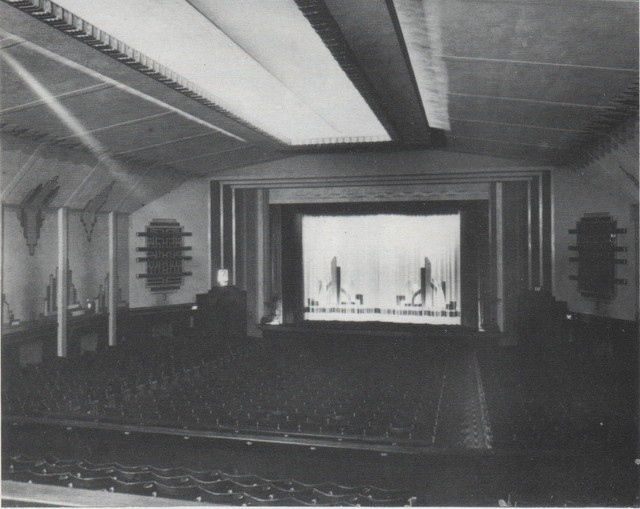 Located in Blackheath, to the south of today’s Greater Birmingham, and north of Halesowen. The Odeon Blackheath (sometimes known and advertised as the Odeon Quinton) opened on 20th October 1934 with Douglas Fairbanks Jr. in "The Rise of Catherine the Great". It was a purpose built Odeon built for the Oscar Deutsch chain of Odeon Theatres Ltd.

It had a rather low, long facade which was covered in creme faiance tiles and had a decorative band of tiles running across the top of building. The entrance was in the centre of the block and there were shop units on each side. The auditorium ran parallel to Long Lane and ran behind the facade. Seating was provided in a stadium style with a raised section at the rear (with no overhanging balcony). The were 796 seats in the stalls and 432 in the raised rear section. The Odeon had a large car park located at the rear of the building.

It led an uneventful life, its only claim to fame was it being the first Odeon Theatre to introduce the Odeon Childrens Club on a Saturday morning.

The Odeon closed on 19th November 1960 with Montgomery Clift "Wild River". The building stood empty until 1962 when it was turned into a bowling alley, but this was short lived. From 10th February 1967 it was converted into a bingo hall but this wan’t too successful and it became a ballroom, known as Tiffany’s Dance Hall. This was initially successful but later closed and the building became a B&Q DIY hardware store. The tiles on the front were painted over and there was virtually nothing within the building to show its cinematic past. It was demolished in 1984 and there is currently a Towsure Outdoor Store built on the site.