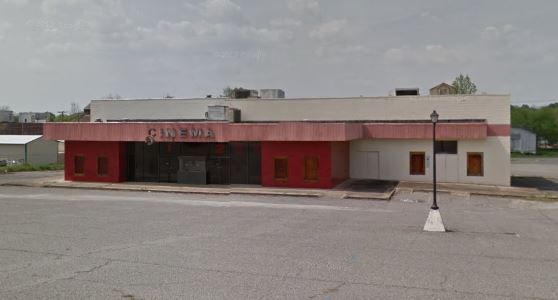 Here is the listing:
http://tinyurl.com/2xn2aw

If I won the lottery, I would buy it and turn it into a anime-con Called Carolina-Con.

It is a Carmike cinema no wonder.

Anyone know when this closed?

Opened as a twin cinema under Stewart & Everett in 1974. By the mid-1980’s it expanded its operations from two to four screens when Carmike Cinemas took over all of the Stewart & Everett chains in the Carolinas. Carmike operated this theatre as the Carmike Cinema 4 until its closing in 2005 when Carmike built a newer, flashier state-of-the-art 10 screen multiplex on the opposite end of Shelby’s Cleveland Mall that opened later that year.