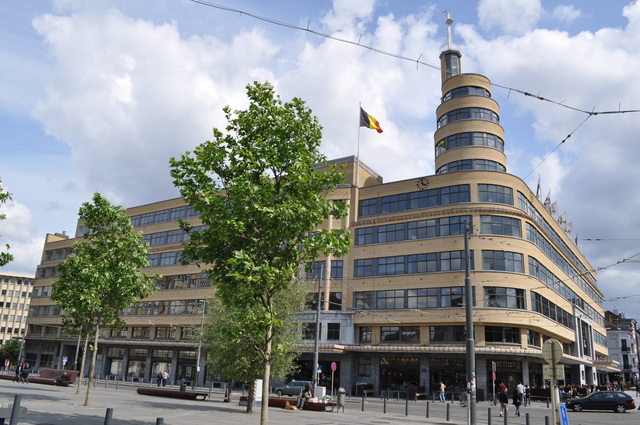 A tiny but stylish cinema in the Flagey arts complex in the Ixelles neigborhood in Brussels, close to the University. The Flagey arts complex is in a splendid Art Deco building, built in 1933, that was the originally the broadcasting headquarters of the Belgium National Radio, and now contains the studio of a television station for the regional TVBrussel.

A relatively new cinema located in Studio 5, the Flagey shows arthouse films and classics, especially film noir and Hollywood classics. It also hosts the Brussels Film Festival which is held each year in June. Live performances are also presented in the complex.

Exterior and lobby photos from October 2015.