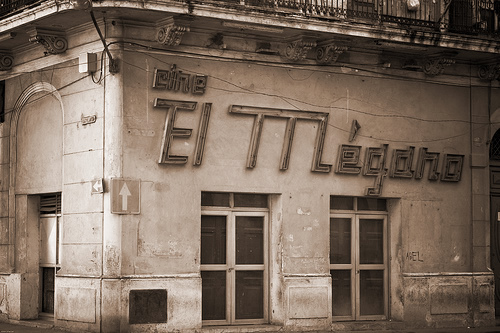 The Cine El Megano is located in the centre of Havana by the Esquina San Martin. Opened prior to 1958 as the Cine Capri, it is a modest sized cinema, possibly originally opened as a newsreel/repertory or second-run cinema, it is built within an apartment block. Named after the Megan beach in Eastern Havana it is listed as operating in 2005. Apparently it is ‘run-down’ and screens all types of films. It had closed by 206 and is use as a rehearsal room for a band.

Closed now the headquarters of a band