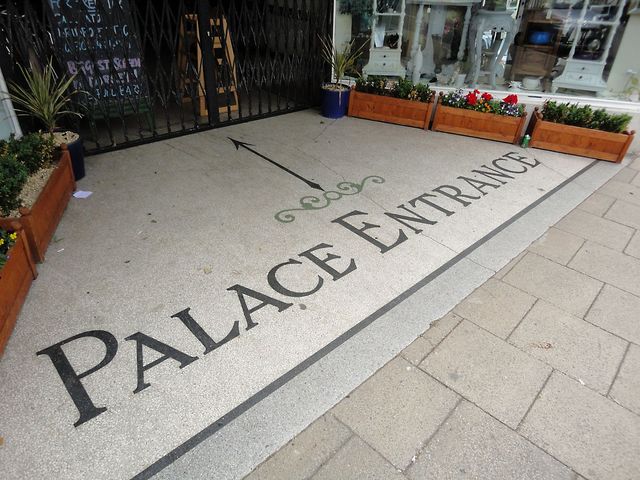 The Electric Palace Cinema opened on 14th June 1926 with Gloria Swanson in "Madame Sans Gene". It was designed by local Bridport architects Messrs Frederick Cooper & Sons and the original seating capacity was provided for 543 in stalls and circle. At the rear of the circle were two boxes which each seated five persons and there was a stage for live performances.

During the mid-1930’s, local artist George Biles, who’s speciality was painted inn signs, painted several murals in the cinema and some of these survive today in the foyer area. The murals in the auditorium were painted over many years ago, and the panels today now sport new modern murals.

In the 1940’s the name was change to Palace Cinema and it was operated by the Dorchester Cinema Company. A few years later it was taken over by Miles Byrne group who operated a small chain of cinemas. Reeltime Entertainment acquired the Palace in 1992 and improvements were made.

Today, there is a fine Brasserie restaurant operating in the foyer area and seating under the balcony has been taken out and this is now a Licenced bar area.

The Electric Palace is a Grade II Listed building.