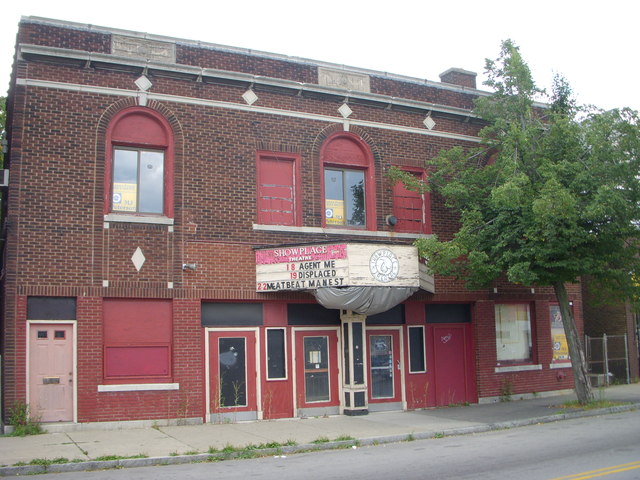 The Unity Theatre was a second-run theatre in the Black Rock section of Buffalo, not far from Buffalo State College. Last showed movies around 1993-1994.

It was renovated as a venue for concerts, but this closed around 2007. It reopened in late-2012 and is mainly used as a rental venue.

thanks for all the info guys..i am current owner of the showplace theatre in buffalo ny and would hope for help or someone to open it as a performing arts center, comedy, concert and classic film house.feel free to contact me at thanks again

The Showplace was showing 2nd run films well into the nineties. I remember seeing Little Man Tate there in 92 and other films after that. I remember the odd Mens restroom where you had to go downstairs to this small room with 70s movie posters plastered on it like The Spy Who Loved Me. I think it finally became a concert venue in either 1995 or 1996. They removed the first ten rows of seats for standing room close to the stage and installed a bar against midway up from the stage on the left hand side. In addition to seeing a lot of movies here I also saw a lot of concerts including the Cramps.

Last time I drove by The Showplace it had a for sale sign for anyone out there who might want to take a gamble on the movie business.

Something is going on with the theater. There is a new marquee above the doorways. There also is glass block windows. The graffiti is all cleaned up.

This link shows a truck which has crashed into the marquee which is brought up in a previous comment.

The above caption for the picture is incorrect. The Showplace stopped showing movies in 1993-94

This article deals with the reopening of the Showplace.

It looks like currently the theatre is mainly rented out for events. Their webpage (http://www.showplacebuffalo.com/) does have a photo of the façade which has been nicely restored (Much better than the old photos in the cinematreasures gallery)

Architected by Henry L. Spann of Buffalo and opened in 1923. It actually replaced Buffalo’s Try-It Theatre at the same location owned by J.D. Parmelee.