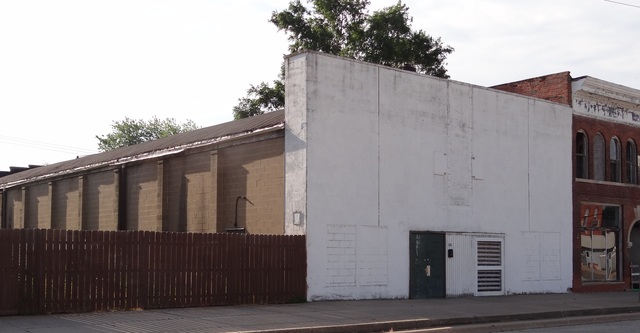 The Abby Theatre was opened in 1949. It was closed as a movie theatre in the early-1960’s and went over to presenting concerts & live performances into at least 1974.

I’ve found the Abby Theatre mentioned in the Galesburg Register-Mail as early as 1953, but the newspaper archive is incomplete so it might have been operating long before that. The house appears to have closed and reopened several times over the years. Here is a brief item from the Abingdon news section of the Register-Mail of October 22, 1963:

“Commended were efforts of Abingdon Chamber of Commerce for reopening Abbey Theater and Robert Edmiston stated Mr. Purtle, owner, today, was scheduled to be in Abingdon for conference with a party interested in its operation.”

Ads from 1972 and 1974 tout live music shows at the Abby on Saturday nights, but don’t say anything about movies being shown on any other nights. Its career as a movie house might have been over by then.

Konrad Schiecke’s Historic Movie Theatres in Illinois, 1883–1960 says that the Abby Theatre opened in 1949 and closed in 1965, with a hiatus in operation between 1961 and late 1963. I did find an ad for a live concert at the Abby in the Galesburg Register-Mail of February 28, 1974, so the theater was still intact at least that late.

Schiecke also gives the location as S. Main Street, not N. Main, and says the building is still standing but the exterior has been altered, as it originally featured three colors of glass tiles. It was also the town’s first theater built specifically for movies, Abingdon’s earlier houses having all been converted storefronts, except for the old Opera House, built in 1906.

Almost all of downtown Abingdon’s surviving buildings are obviously quite old, but there is one building at 114 S. Main which would be a likely location for the Abby Theatre. It even looks as though the walls were built of concrete block instead of the red brick that prevails in most of the district. Although there are a couple of other buildings with modernized fronts in the area, none of them look as though they’d have been built as late as 1948.

I’ve been unable to find any photos of the Abby’s exterior, but this Facebook page has a photo of an audience of children inside the darkened auditorium, dating from around 1958.

For an early ‘70s view of the building before the front was stripped off go to http://gis.hpa.state.il.us/hargis/ and enter: Abbey Theater in the search bar. (Be sure to misspell it!) It was quite a stunner. Abingdon is a really sad mess, and a lot of buildings have been demolished downtown, but Joe is right that the theater is sort of still there.