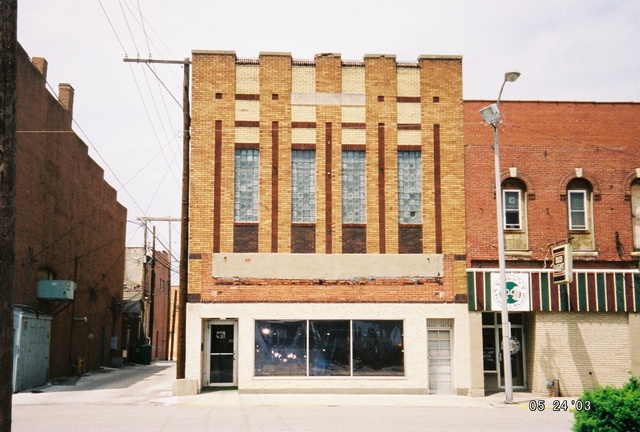 Currently, the building appears to be vacant.

Luttrell’s Majestic Theatre was named by Green M. Luttrell who launched the 400 seat theater in 1917. Ten years into its operation, the independent Luttrell both updated his theater re-opening as the New Majestic Theatre (though in exactly the same spot) in January of 1927 and was named to the board of directors in a national theater owners association.

In 1937, Fox Theatre Circuit made extensive Deco-era updates to the Majestic and announced a contest to change the name of the theater. The name Fox Majestic was retained, however, and the theater went from a first-run showplace to the second-run house for Jacksonville. Seating increased from 400 to 450 seats as the theater tried to recoup costs with more seats at lower ticket prices. Regular film exhibition for Fox ran until 1952 when Fox ended regular film screenings. Special events occurred in the theater including viewing of the 1952 baseball World Series.

A fire in another Jacksonville theater gave the Majestic one last shot at regular film exhibition. El Fran Theatres Circuit was running the competing Times Theatre which had a major fire in September of 1953. Fox subleased the Majestic to its competitor in El Fran and the Majestic resumed regular screenings until 1954. I believe that’s the end of the theater’s run of 37 years and the building was repurposed for other retail functions.