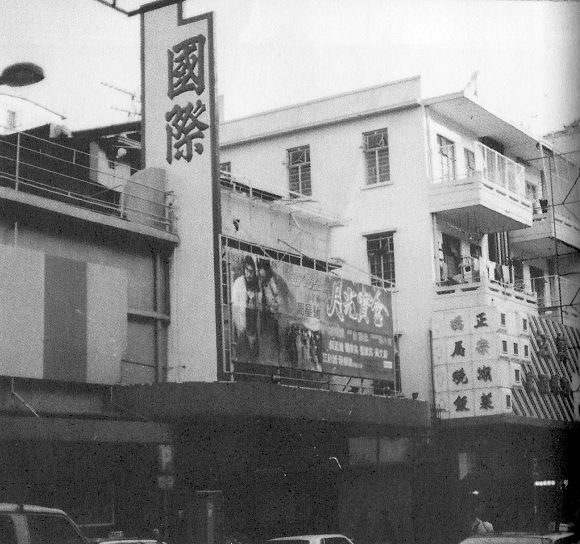 The International Theatre was the first theatre to be built in the Kowloon City district after the end of WWII.
The theatre opened to business on 5th March, 1948 with a Cantonese dialect film.
Its stalls-only 931-seats auditorium with stadium seating in the rear part was on the ground floor of the theatre building.

The theatre building was long and narrow and ran parallel with the street. Since the sound-proofing of the auditorium was poor, the sound of the landing aeroplanes approaching the Kai Tak International Airport nearby could be heard within the theatre.