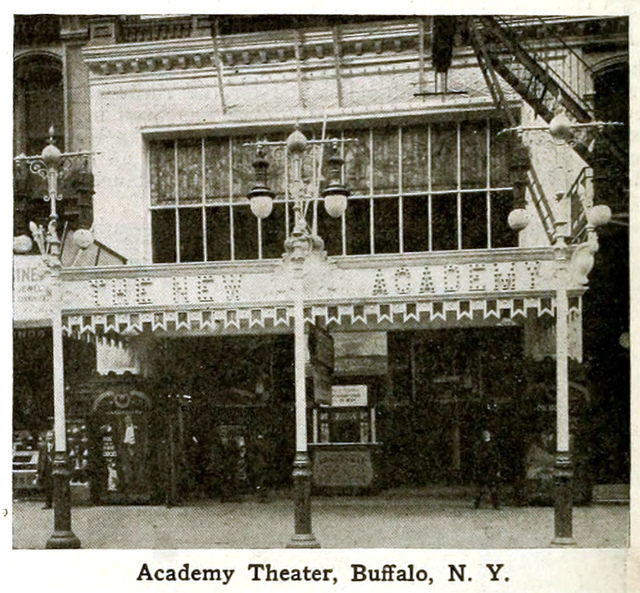 This location provided entertainment for over 100 years. Originally the Academy of Music, it was the premier location for live entertainment in Buffalo. The structure was completely rebuilt in 1900-01, now offering vaudeville. By 1922, movies were being offered, and at times burlesque.

The name was changed to New Academy in the 1930s and second- and third-run movies were offered. Micheal Perna, the last owner, sold the theater in 1955, and it was torn one year later for redevelopment. Keith’s and the Little Hippodrome Theaters were also located nearby on this area of Lower Main Street.