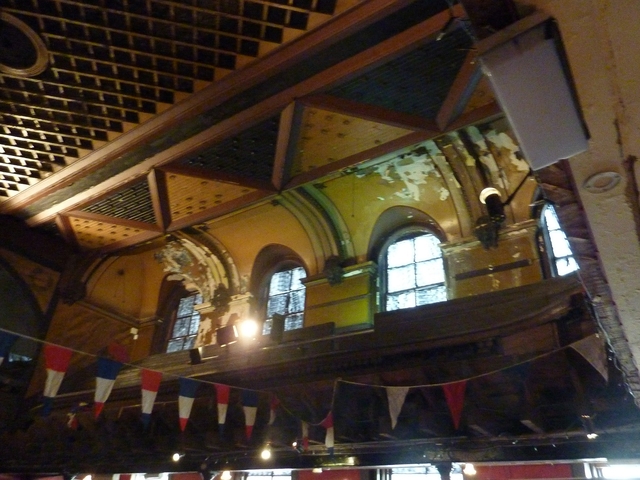 Originally built in 1857 as warehouses above a pub named the Britannia Vaults on the ground floor, the architects for the conversion of the warehouse into a theatre were Thomas Gildard & Robert H.M. MacFarlane. From 1860 it became Campbell’s Music Salon and later that year was the Britannia Hall. In 1869 it became the Britannia Music Hall. The musical hall was located upstairs on the first and second floors. Seating was arranged in stalls and a small circle with side slips.

In 1899 it underwent some rebuilding and re-opened as the Panopticon. Still a music hall, it was here in 1906 that a young Stan Laurel made his first stage performance and a later a performer whos act was a ‘dancing stilt walker’ was named Archie Leach, who later became Cary Grant. From 1910 some more alterations were made by the architects Boswell & MacIntyre and films were being shown as part of the variety programme. From March 1922 the live sections of the programme were dropped and it became a full time cinema, re-named the Tron Cinema.

From August 1927 it reverted back to the name Panopticon Pictures and films continued until it closed in July 1938. The former pub on the ground floor became an amusement arcade and the Panopticon upstairs was mothballed.

Seventy years later in 2008, the situation remains the same, although there are now proposals to restore the former Panopticon, which is considered a rare example of an original music hall venue. It has been brought basck to life and is now operated as a charitable trust. It presents live performances, movies and special events.

On 22nd March 1977, Historic Scotland designated the Panopticon a Grade A Listed building. It is listed on the Buildings At Risk Register.