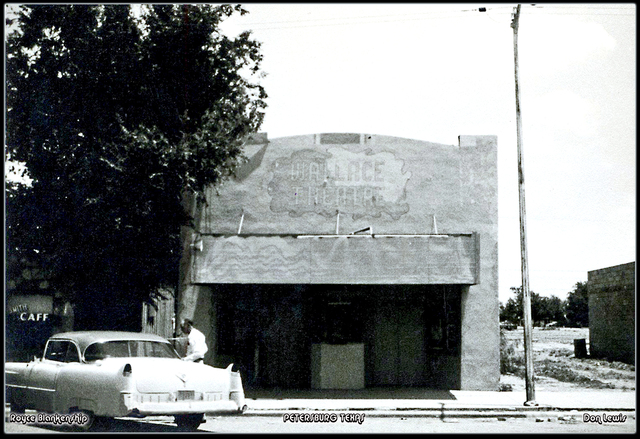 Petersburg had two Wallace theaters. The original was a small rustic building that stood beside the Smith cafe. It had a recessed entrance and ticket booth and above that in painted lettering was "Wallace Theaters"

By 1946 the "new and modern" Wallace was housed in a small ornate brick building. It had a marquee extending out sheltering a recessed ticket booth and entrances. The outside lighting was light bulbs rather than neon.