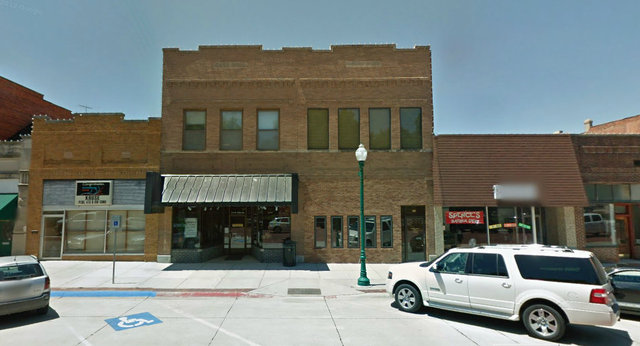 The Mazda Theatre was opened on July 22, 1914. A video rental store is now located in the former Mazda Theatre building. The Mazda was operated by the Meier family from 1959 until 1981.

Harold M. Schoonover launched the Mazda Theatre in the Cass Building on July 22, 1914 in Aurora. The opening film was “Her Mother’s Sins.” Just after World War I, the rival Victory Theatre was opened by C.M Grosvenor on the city’s east side. In March of 1924, Schoonover bought the Victory. He refreshed the theatre after closing it for two months. It re-emegred as the East Side Theatre on May 30, 1924. The 300-seat theatre then converted to sound later becoming the Pawnee Theatre.

As for the Mazda, it installed sound on February 1, 1929. At the theater’s 32d anniversary with Schoonover still in charge, Red Skelton wrote, “The first 32 years are the hardest. From now on, everything should almost manage itself.” Schoonover retired after 45 years and the theatre survived into the 1980s.