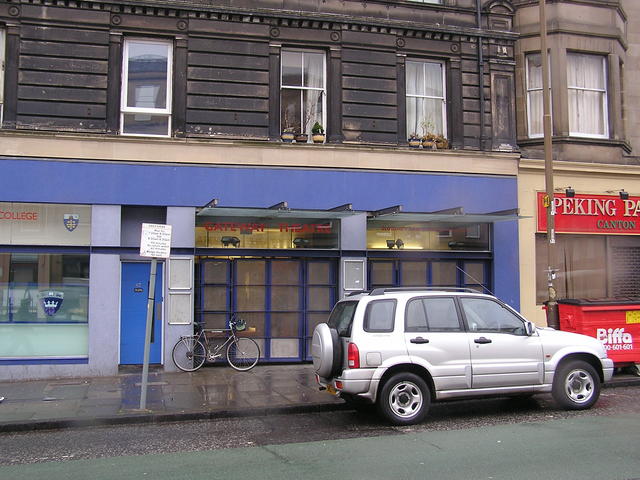 This Classical styled building was originally built in 1882 as the New Veterinary College. It was designed by architect George Beattie & Sons.

Part of the building became a billiard Hall in 1905 and in 1909 it became the Bellvue Skating Rink. In 1910 it was converted into a cinema by Ralph Pringle and became known as Pringles Picture House. In 1929 it was re-named Atmospheric Cinema and had a Filmophone sound system installed, but this was to be short lived and the cinema closed.

In 1946 it had gone over to live perfomances as the Studio Theatre. Later names were Repertory Theatre, Festival Theatre, Broadway Theatre and Gateway Theatre. It was closed in around 1965. In 1969 it was converted into a TV studio for Scottish Television.

In 1988 it was purchased by Queen Margaret University College, and the building was re-designed internally by the architectural firm Law Dunbar-Naismith Architects, into an International Drama Centre, the theatre was again known as the Gateway Theatre. It was closed in 2005 and in 2006 the University put forward plans to demolish the building apart from the façade to make way for student accommodation, and work began in 2012.

This has been closed for a few years now after it was discovered that the building did not meet modern licensing requirements for a theatre. It was latterly run by Queen Margaret University. Planning permission has been granted for redevelopment behind a retained facade, but this does not appear to have been started.