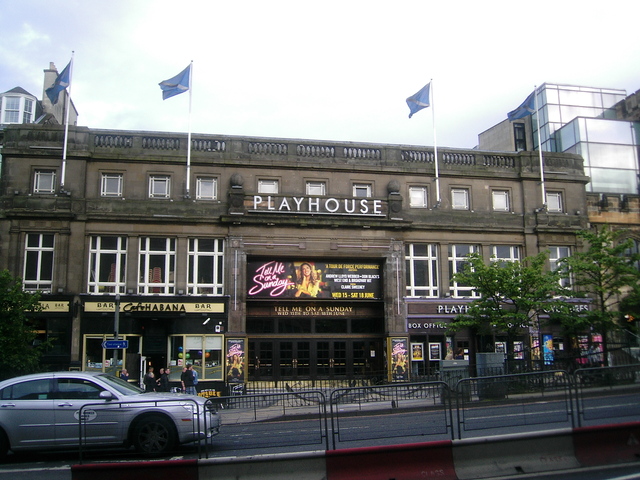 Messrs. Maguire and Lumley wanted the best for this theatre on the site which they had owned for many years.

The site is on a steep slope which falls away from street level so the auditorium is of greater height than the facade suggests.

It opened on 12th August 1929 and is constucted in three blocks all separate in case of fire. The huge auditorium with total seating capacity of 3,053, with 1,508 in the stalls, 682 in the mezzanine circle and 863 in the balcony has hardly been altered since.

A Hilsdon organ was installed which complimented the orchestra which survived for several years after the advent of sound. The first film was was “The Doctor’s Secret”.

The proscenium, in front of an exceptionally large stage, is very fine with a ‘sunburst’ feature in the centre and is framed by a single box surmounted by a triparte opening with grilles (behind which were the organ pipes). Above this is a demi-lune arch. The whole framed by Ionic pillasters with a rectangular pediment above. The side walls are generally plain - the exception being at top level where there are four large dummy windows on each side. The ceiling is divided into rectanglar coffered panels with a raised area above the rear balcony and a dome over the front stalls.

By the mid-1970’s the Playhouse was hopelessly too large and after a final performance of “Live and Let Die” on the 24th November 1973 it closed. The following year adverts were placed inviting tenders for demolition.

Happily its vast size and large stage attracted interest from opera fans who were tired of waiting for a long promised opera house for the city.

After a very chequered start and several changes of ownership, the Playhouse is once again a most successful venture housing big musicals for up to 6 months at a time. It is also one of the main venues for the Edinburgh International Festival when its large stage is highly suited to dance.

Shortly after these photographs were taken the theatre was extensively refurbished for a long run of “Les Miserables”.

On 12th December 1974, Historic Scotland designated the Playhouse Theatre a Grade B Listed building. This was up-graded to Grade A Listed in June 2008.

An exterior photograph of the Playhouse Theatre here:
View link

About Â£100,000 is to be spent to restore the facade of the Playhouse Theatre in Greenside Place to the art deco appearance that it had when it first opened in 1929.

The theatre was designed as a cinema by John Fairweather and modelled on the Roxy in New York. It remained as a cinema until the early 1970s when it closed and was threatened with closure. It re-opened as a theatre in 1980.

The work is still subject to planning permission, but it is hoped that it will be completed by the end of 2005.

My late father, who was born and bred in Edinburgh told me that shortly after opening the Playhouse either suffered from, or was rumoured to be suffering from, subsidence. In view of its vast size and the fact that it is built on a hillside, this apparently deterred a lot of people from visiting.

A few doors away are the sorry remains of the Salon, a very early picture house, which closed in the 1970s. The entrance was a one storey structure built in the front garden of one of a row of large terraced houses. This remains boarded up with no sign of its cinematic past. The auditorium was built in the steeply sloping back garden and has long since been demolished. If only it had survived a few more years, the Salon would have merited listing, as it retained many of its original features right to the very end.

A few more (mainly interior) pictures of the Playhouse can be found here:–

The Playhouse had a 3/35 Hilsdon organ that is now part of a of a 4/45 Hilsdon in the New Palace Theatre Organ Heritage Center in Todholes, Greenlaw, Scotland.