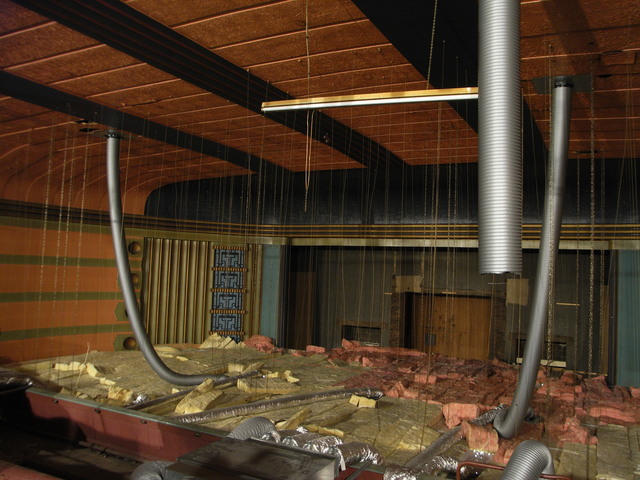 Located in the Portobello district of Edinburgh, the County Cinema opened on 30th March 1939 with Walt Disney’s "Snow White and the Seven Dwarfs" and Larry J. Blake in "Air Devils". It was built on the site of a variety hall which was owned by well known artiste Andre Letta. The hall was demolished and the County Cinema was built for independent operators Henry Paulo and Robert Scott, trading as County Cinema Co.

They employed well known architect T. Bowhill Gibson to design what was to be the last of the ‘super-cinemas’ to be built in the city. The County Cinema originally had a large 33 feet high, glass advertising tower in the centre of the façade which was illuminated by changing colours of neon at night.

Inside, the foyer had terrazzo tiles on the floor and walnut panels on the walls, whil'st the circle lounge had rich red tartan on the walls. The auditorium had seating in stalls and circle and the side-walls had a mix of Art Deco style vertical and horizontal lines. When the houselights were on, the auditorium was bathed in an everchanging colour lighting scheme, which reflected off the screen curtains that had goldfish motifs.

In 1954 the County Cinema was taken over by the George Palmer circuit and was re-constructed internally. It was intended to be a cinema used for the Annual Edinburgh Film Festival and was claimed to be the first cinema in East Scotland to be equipped with CinemaScope and four track magnetic Stereophonic sound when "The Robe" played. George Palmer re-named it the George Cinema.

The George Cinema closed on 15th June 1974 with Richard Roundtree in "Shaft in Africa" and Yul Brynner in "Catlow".

The central glass advertising tower was removed from the façade of the building and it was converted into an independent bingo club, which last operated as the Royal George Bingo Club.. Only the former stalls area is in use and the circle has been blocked off with a false ceiling installed, which hides most of the decoration.

The bingo club had closed by August 20019 and there were plans to build 20 flats on the site.