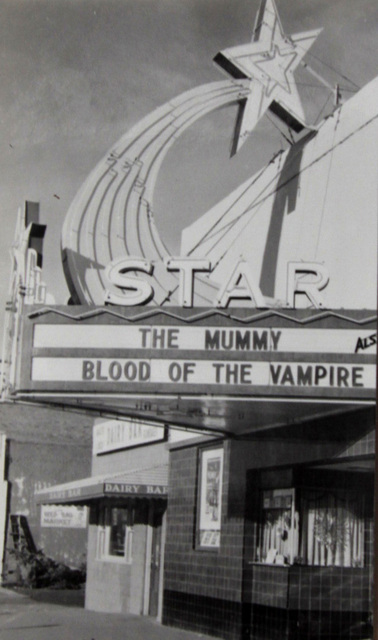 The Star Theater was part of the Moore Theaters circuit in the early-1960’s.

As far as I’ve been able to tell, the Star was the only theater in Goldendale in the 1940s (Boxoffice never mentions any others), so it must have been the as-yet unnamed house K.A. Spears was building there in 1937, announced in Boxoffice of August 21 that year. The new theater was to seat 450 and was expected to open in October. The architect was D.W. (Day Walter) Hilborn.

The Star Theater should be shown as demolished.

Movie ad from the April 6, 1972 edition of the Goldendale Sentinel: http://i48.tinypic.com/a2vui8.jpg