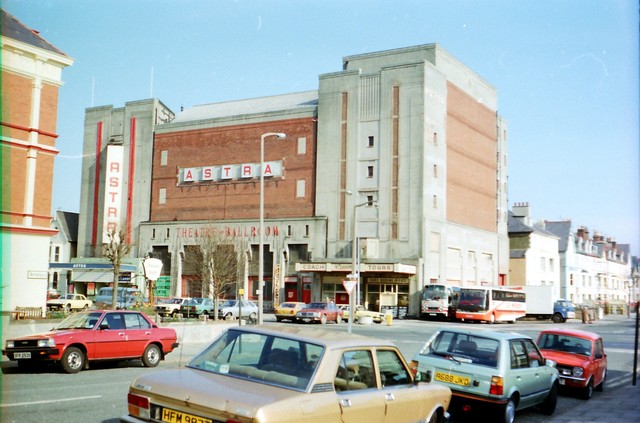 The Winter Gardens opened on 25th March 1935 and was built by a coach operator Zack Brierley, as a dual purpose theatre/cinema. He employed local architect Arthur S. Hewitt to design this magnificent building, working with architect Ian Rowland James. The opening was officiated by music hall legend Ella Shields.

The exterior was quite austere, but inside was an Art Deco style delight. Seating was provided for 1,079 in the stalls and 809 in the circle. The proscenium was 40 feet wide, the stage 30 feet deep and there were 14 dressing rooms. The Winter Gardens was equipped with a Christie 3Manual/8Rank organ which was opened by organist Harold Ramsey. The resident organist Horace Bagot also had a small spot on the instrument that night. The building also contained a café and a dancehall which was located beneath the auditorium.

In December 1936, it was taken over by Oscar Deutsch’s Odeon Theatres Ltd. chain and was re-named Odeon by 1937.

On 13th October 1969 the Rank Organisation sold the Odeon to the independent Hutchinson circuit and it was re-named Astra Cinema. In the early-1970’s it was operating in the Summer only (Llandudno being a seaside town), but organ concerts were regularly held in the theatre, organist H. Robinson Cleaver being one of its players.

The Astra Cinema closed in October 1986 and in 1988 the Christie organ was removed from the building into storage for possible preservation. Unfortunately whilst in storage the instrument was destroyed.

The Astra Cinema was soon demolished and a housing block, known as Ormside Grange, was built on the site.

A vintage 1950’s view of the Odeon Llandudno. Notice the coaches parked beside the building. They were operated by the original builder of the cinema Zack Brierley, who retained his offices in the building after selling it to Odeon Theatres Ltd:
View link

Some photos of the Odeon / Astra can be found here:–

Close up of the organ here:–