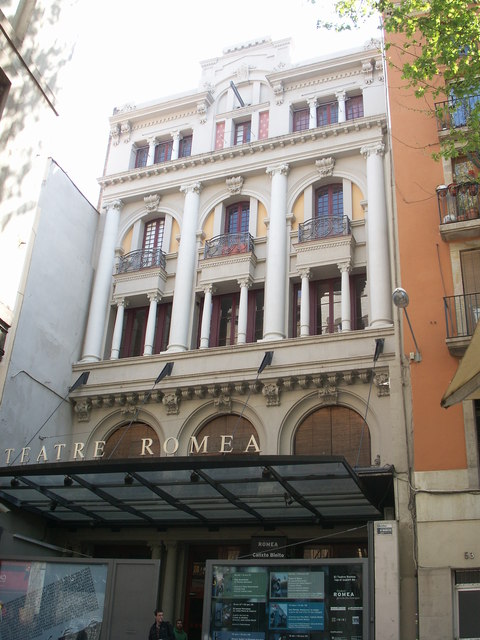 Located in the south of the city centre, the Teatre Romea opened on 3rd October 1867 and is one of Barcelona’s historic live theatres. It holds a place in history as being one of the first theatres in Barcelona to screen films.

The first film performance was on 21st December 1897 when the Heliocinografo, invented by Bousset was a big hit here, after similar success in London and New York.

Although the Teatre Romea is known as a live theatre, it has been used for cinema performances in the past. On 13th January 1927 a Spanish film "El Mistic"(The Mystic) began a run here. On 6th April 1927 another Spanish film "Entrela vida y la Muerte"(Between Life & Death") had its Barcelona premiere run here. In October 1941 the theatre screened two more Spanish films.

Since then it has been strictly a live theatre, today under its notorious artistic director, Calixto Bieito, staging contemporary European theatre for inspiration.

A night-time photograph of the Teatre Romea, from December 2007:
View link