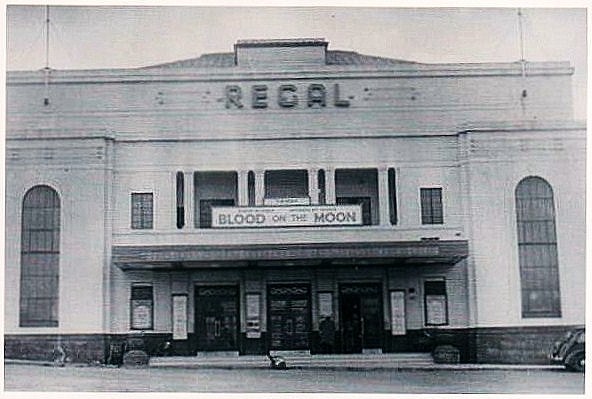 The Regal Cinema was opened on 31st May 1937 and was a project of Lou Morris. The opening seating capacity was for 1,038. On 7th November 1937 a Compton theatre organ was installed. The Regal Cinema was taken over by the enemy during World War II, the Channel Islands having been conquered by Germany.

In 1948, the Regal Cinema was taken over by Odeon Theatres Ltd. and re-named Odeon from 30th January 1950. The Odeon was closed on 31st May 1980, due to, the then owning company, the Rank Organisation having twinned the Gaumont in the town. It retained the Compton organ until closing. The Odeon was demolished and the site is now used as a car-park.