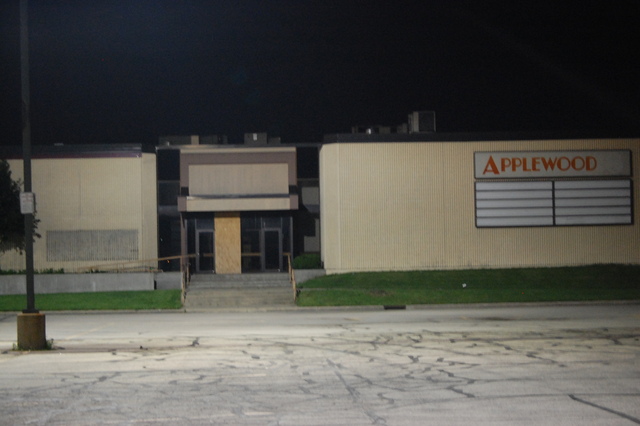 The Applewood Cinema was opened October 20, 1989. It operated for just under twenty years, closing in March of 2008. At the time of closing, it was a second-run theater operated by Goodrich Quality Theaters.

Drove by the theater tonight and the anouncement said “Stillwell Manor Haunted House Opening in October”. A hearse with Stillwell Manor on the door is parked in the lot and appropriately attired ghouls are in the lobby.

This theater opened as a 9 screen complex with game room, owned by Goodrich Quality Theatres out of Grand Rapids, Michigan. All theaters had Dolby SurroundSound. It was the largest theater in Anderson at the time, frequently hosting special events (such as Saturday morning free family films). The theater hosted a large premiere for the film “Backdraft” among others.