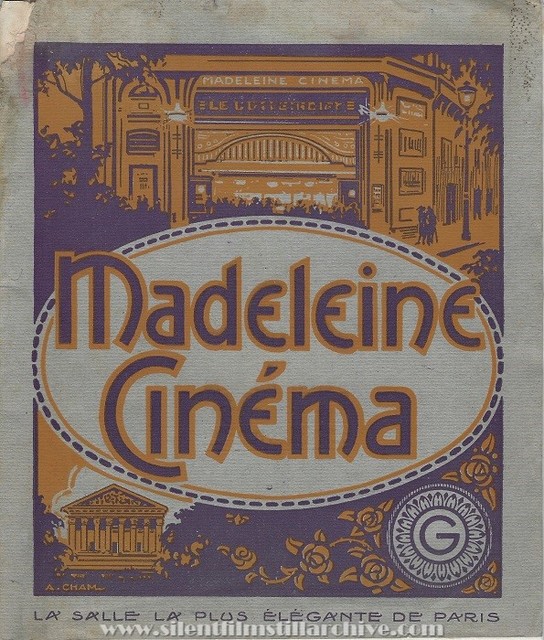 Located in central Paris, a short distance south west of the Opera House. The Madeleine Theatre was opened on 24th March 1921 with Mary Pickford in “Johanna Enlists” (La Petite Vivandier) & William Farnum in “Wolves of the Night” (Les Loups de la Nuit). It was designed by noted cinema architect Marcel Oudin in a Beaux Arts style. It was considered one of the most luxurious cinemas in Paris at that time.

Seating was provided for 832 in orchestra and balcony levels and there were side slips on the balcony that went towards the proscenium which also contained seating.

In 1924 the Madeleine Theatre was operated by the American exhibitors Loew’s Inc. and they installed a Wurlitzer 2Manual/5Rank theatre organ in 1926. The Gaumont company had formed an alliance with Metro Goldwyn in 1924 and created a new film distribution company in France; GMG (Gaumont Metro Goldwyn). In 1927 the Madeleine Cinema was under the joint direction of Gaumont/Loew’s Metro.