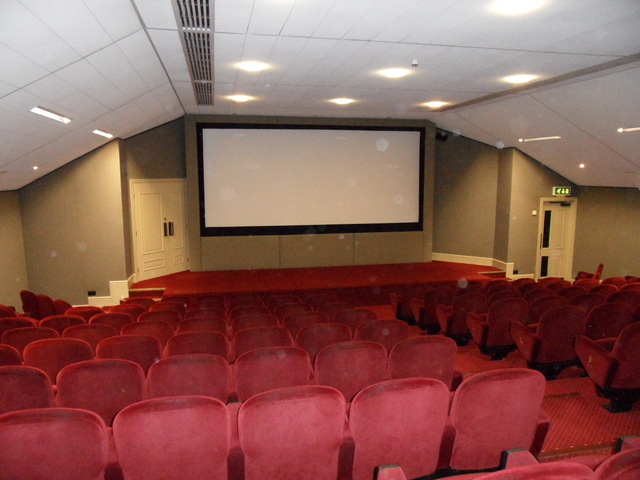 The building was built and opened in 1913 as a mixed use entertainment hall known as the Kursall. Due the the German connection with the name Kursall, it was re-named Villa Marina during World War I.

The building was extended in 1931 and was renovated in 2004. The main hall, known as the Royal Hall, has a seating capacity of 1,352 in stalls, tiered stalls and circle levels. It has magnificent Edwardian decorations.

The renovations included the addition of the 154 seat, Broadway Cinema, which opened on 3rd April 2004. It is equipped with the latest sound and projection equipment.

Nice little set up, but where are the tabs.