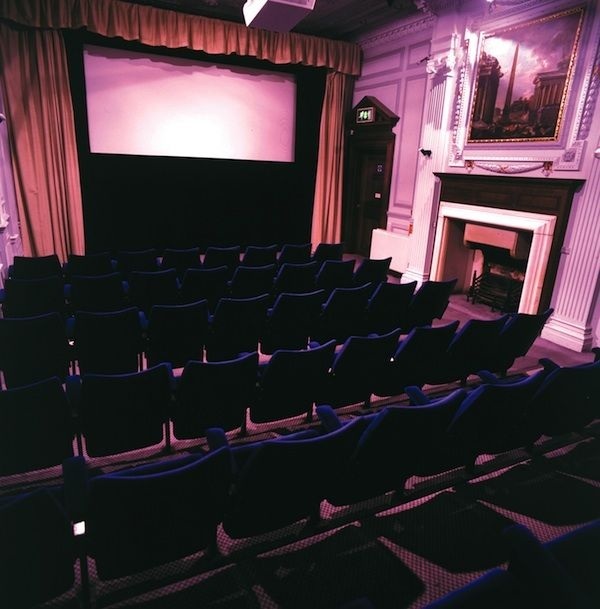 Located in a beautiful 18th century mansion house in the grounds of South Hill Park, a seven minutes drive from the town centre. The Arts Centre has several rooms devoted to the performing arts, meetings and conferences. One room operates as a 60 seat cinema, where art house films are screened every evening. It has been operating since December 1973 when it was known as the South Hill Park Cinema.

As the Overview suggests, this must be one of the loveliest arts centres in the country. The buildings sit in extensive grounds, with parkland to the rear and a formal Italian Garden to one side. The large mansion contains many function rooms, including recital rooms and a 50-seat Studio Theatre. Alongside the mansion, the 325-seat Wilde Theatre was opened on 23rd April 1983 by HRH The Princess Anne. The modest but comfortable cinema is housed in a former dining room. According to the usher/projectionist, this opened in December 1973, following the opening of the arts centre in the October. (The cinema is listed in the 1980 Cinema Theatre Association ‘Directory of Cinemas’, with 60 seats as at present.)