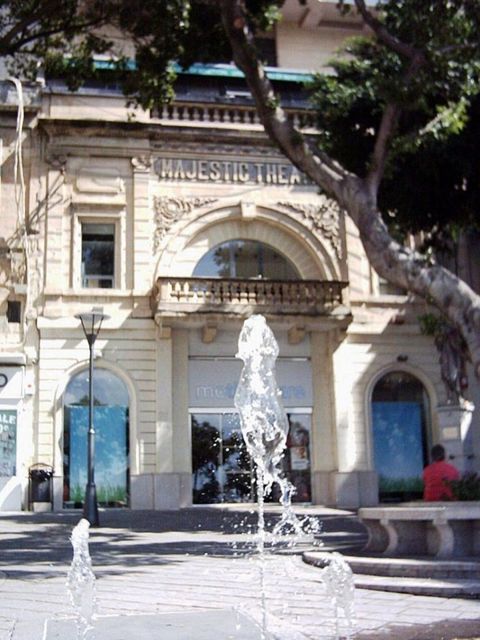 Opened by Albert Axisa in 1907 as the Duke of Edinburgh Cinema Theatre An imposing and all-American facade is all that remains of the former Majestic Theatre, although this is largely hidden from view on Sliema’s seafront.

The foyer and auditorium were swept away in the Plaza Shopping Centre development - named after another former cinema of which no trace remains, other than the name.

Mothercare occupy the space originally used by the Majestic Theatre.