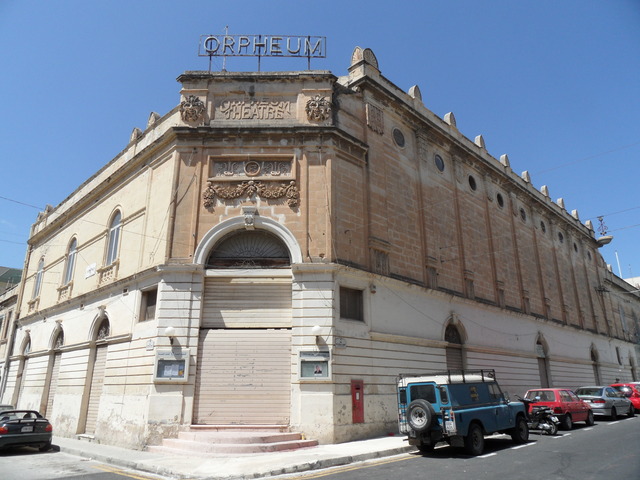 The former Orpheum Theatre in Gzira is a splendid and near complete survivor of the large single screen cinemas on Malta. It may (or may not) have opened as a theatre and there is likely to be a stage intact - I was not able to investigate.

Like many of the island’s cinemas it was flat floored in the stalls and had a single balcony. In 2001 it was Grade 1 Listed.

The balcony is unaltered and magnificent with Spanish decor on the walls, a panelled ceiling and a painted shield in the centre.

The stalls walls have been painted white and bright lighting introduced (plays havoc with a camera!) but are not structurally altered. The balcony foyer is used as a martial arts centre and the main foyer as a bar (separate from the auditorium).

A real delight! The theatre is famed for the filming of a video by the rock group Black Sabbath in 1995.